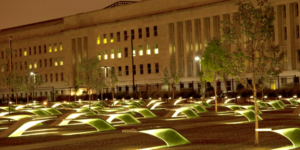 Koskinen stated, “The IRS, state tax agencies and the tax community have worked hard to turn the tide against tax-related identity theft. We are making progress in protecting individuals, but still have more work to do, especially in the business tax area and involving tax professionals. Continued lapses in simple security measures can happen in tax professional offices and other businesses as well as at home.”

As Koskinen observed, the news was different for identity theft involving business related tax returns. There were 10,000 reports of business returns with identity theft issues in the first five months of 2017. The number of similar incidents in 2016 was 4,000 for the full year. Cybercriminals continued to target tax professionals. Most of the fraudulent income tax returns were for corporations, trusts or estates.

Koskinen noted, “It is especially difficult to identify any tax return as fraudulent when criminals are using information stolen from tax preparers. The stolen data allows criminals to better impersonate the legitimate taxpayers.”

In the information letter, the IRS updated recommended steps for business protection against identity theft.

Their release stated, “We are now confident that, without transitioning to a new domestic consumption-based tax system, there is a viable approach for insuring a level playing field between American and foreign companies and workers, while protecting American jobs and the U.S. tax base. While we have debated the pro-growth benefits of border adjustability, we appreciate that there are many unknowns associated with it and have decided to set this policy aside in order to advance tax reform.”

The stated goals of the group of six leaders are to reduce individual and business taxes “as much as possible.” There would also be lower rates on passthrough businesses, even though they are now dropping the plan for a border adjustment tax.

A key issue is whether or not there would be expensing of new equipment. Chairman Brady has been an advocate of the border adjustment tax as a way to pay for this provision. He stated, “That means that expensing is an enormous pro-growth provision. You get some the greatest bang for the buck in growth from allowing those business to have a zero tax rate on new investment. Unprecedented expensing means that we recognize the growth aspects. We are pushing towards more than it is in the tax code today, and as far as we can, because that will drive productivity, wages and economic growth.”

The statement did not explain whether or not it will be possible to find $1 trillion in new revenue to cover expensing. There is no specific reference to any tax increase.

Editor’s Note: The border adjustment tax was very unpopular in the Senate. The challenge for Brady is to release a bill in September without this revenue. If he continues to plan to release a revenue-neutral bill, then there will have to be a limit to expensing and probable smaller rate deductions in business, personal and corporate taxes. It is unknown whether there still will be a plan to repeal both the alternative minimum tax and the estate tax.

Tax Reform and Giving to Colleges

On a July 20 webcast by the National Association for College and University Business Officers, Brian Flaven of the Council for Advancement and Support of Education (CASE) discussed the potential effect of tax reform on charitable giving to colleges and universities.

There are two provisions of the White House plan that may impact gifts. First, the top rates may be reduced. Upper-income donors in 2017 may save as much as 39.6% in federal taxes on their charitable gifts. If the top personal tax rate is reduced to 33%, their tax savings will be lower.

However the larger issue is the White House proposal to double the standard deduction. This change will simplify tax-filing for many Americans because they will no longer be required to itemize. The downside for nonprofits is that charitable gifts are the largest itemized deductions for many senior Americans.

Currently, about 30% of American taxpayers itemize. By itemizing deductions, taxpayers are able to claim and deduct their charitable gifts. If there is a new tax bill with a much larger standard deduction and repeal of deductions for state and local taxes, the number of itemizers may be reduced from 30% to as low as 5%.

Flaven notes, “We have really been encouraging the Administration and Congress to consider the universal charitable deduction as a way to help offset some of these unintended negative consequences on charitable giving that result from the doubling of the standard deduction and other aspects of tax reform.”

The CASE solution is to move charitable giving “above the line” and enable taxpayers to benefit both from charitable deductions and the standard deduction.

If the charitable deduction were moved above the line, CASE predicts that there would not be a decrease in giving, but there could be an increase of $4.8 billion in charitable giving each year.

The IRS has announced the Applicable Federal Rate (AFR) for August of 2017. The AFR under Section 7520 for the month of August will be 2.4%. The rates for July of 2.2% or June of 2.4% also may be used. The highest AFR is beneficial for charitable deductions of remainder interests. The lowest AFR is best for lead trusts and life estate reserved agreements. With a gift annuity, if the annuitant desires greater tax-free payments the lowest AFR is preferable. During 2017, pooled income funds in existence less than three tax years must use a 1.2% deemed rate of return. Federal rates are available by clicking here.